Loyola University New Orleans welcomes students of diverse backgrounds and prepares them to lead meaningful lives with and for others, to pursue wisdom and virtue, and to work for a more just world. Loyola takes seriously the realization of its mission as it works towards student achievement and institutional effectiveness.

Consistent with this effort, the university is committed to assessment and accountability related to student success. Student achievement is systematically evaluated through a number of indicators including cohort retention and graduation rates, career and graduate school placement outcomes, as well as student performance on ETS Major Field examinations and/or state licensing examinations.

In accordance with the standards of SACSCOC that institutions disclose their goals for student achievement and evaluate the success of students in achieving those goals, the Office of Institutional Research & Effectiveness maintains this page in which certain key performance indicators are presented and evaluated.

The university also publishes student achievement data in the university Fact Book, and in various other places including the Career Development Center's Student Outcomes report.

Loyola has consistently first-year retention rates averaging 81% for the past 5 cohorts of entering first-year students, with four-year and six-year graduation rates of at least 50% and 55%, respectively, in each of the past 5 academic years for which official data is available, as shown below. 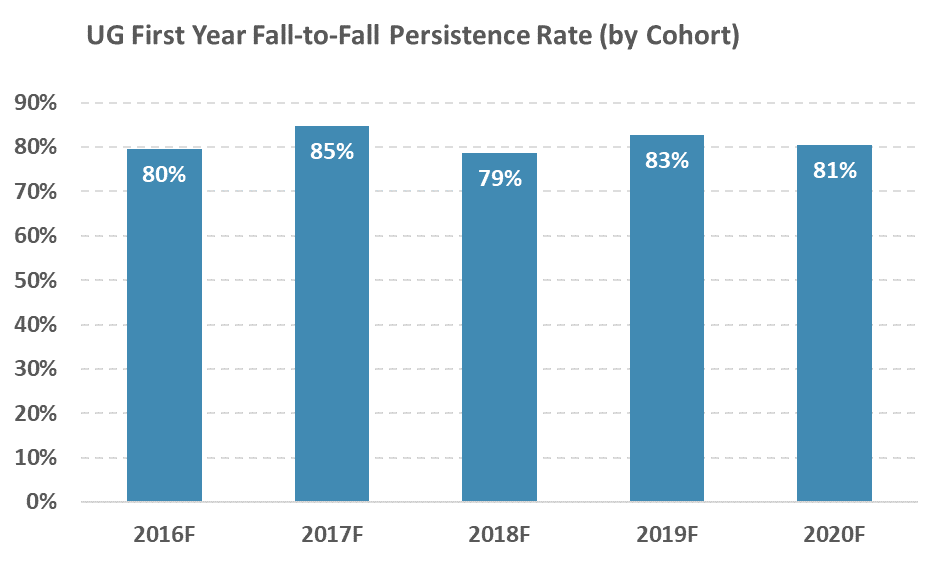 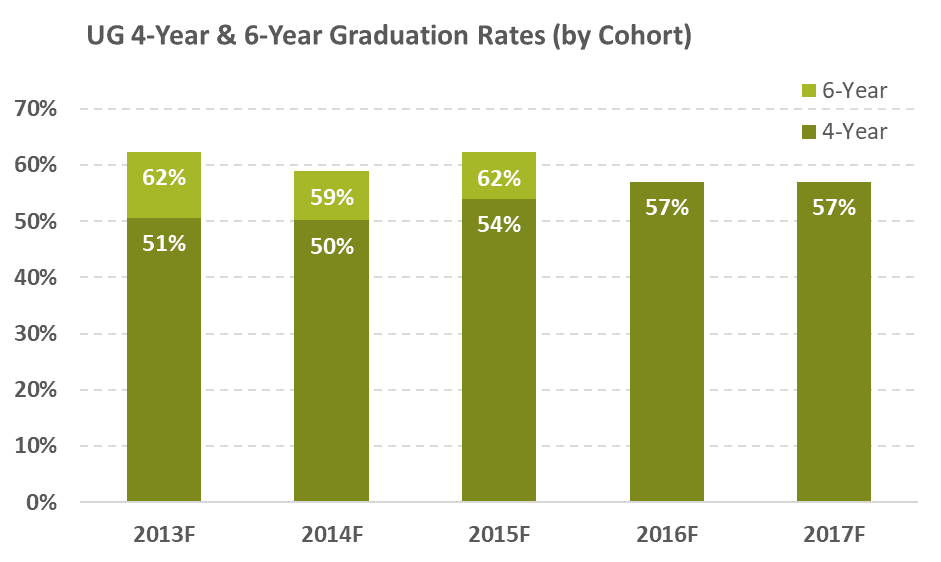 These tables exclude JD law students and students enrolled in LIM extension-site degree programs. "On-time" graduation is defined as completion within the expected number of years-to-completion for graduates in a student's specific degree program (expected time-to-completion varies from 1 to 4 years). 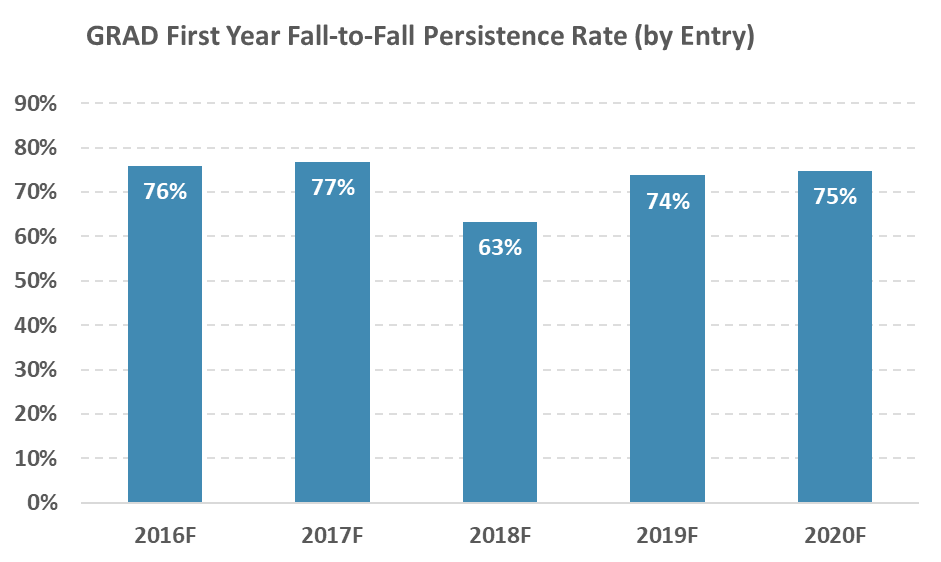 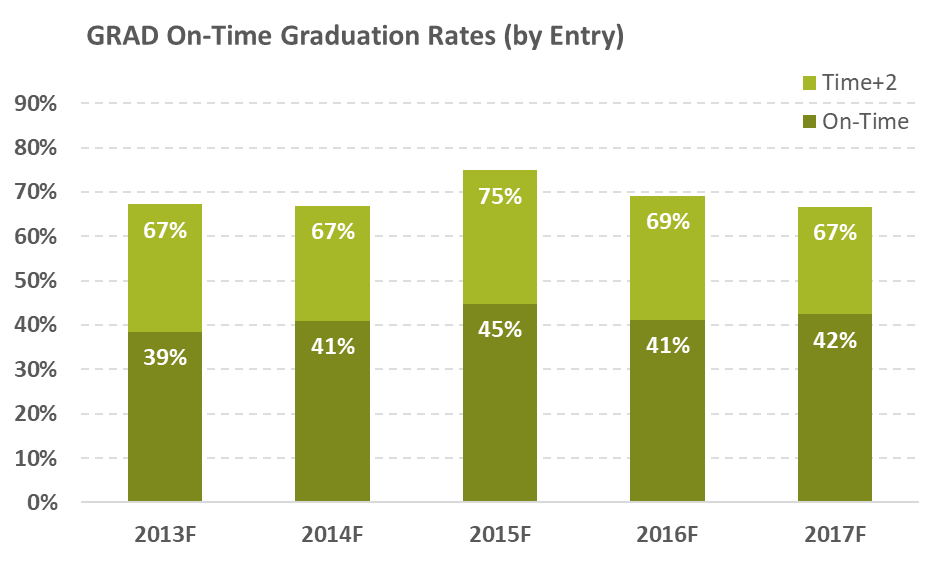 Loyola tracks the success of its students at obtaining employment or graduate school admission through surveys at graduation and (since the 2015-16 graduating class) with follow-up surveys 3, 6, and 12 months post-graduation.

Loyola uses the NACE career outcomes rate to track post-graduation success, as shown below. This measure includes the percentage of students in full-time and part-time employment, volunteerism or military service, or enrolled in graduate school. * "At graduation" data for the 2020S graduating class was delayed by impacts associated with the COVID-19 pandemic. 6-month data is preliminary.

Loyola's College of Law tracks law student achievement using the Louisiana Bar Exam passage rates for first-time test-takers. In each of the most recent 5 July exam cohorts, Loyola's passage rate has equaled or exceeded the state average, as shown below. 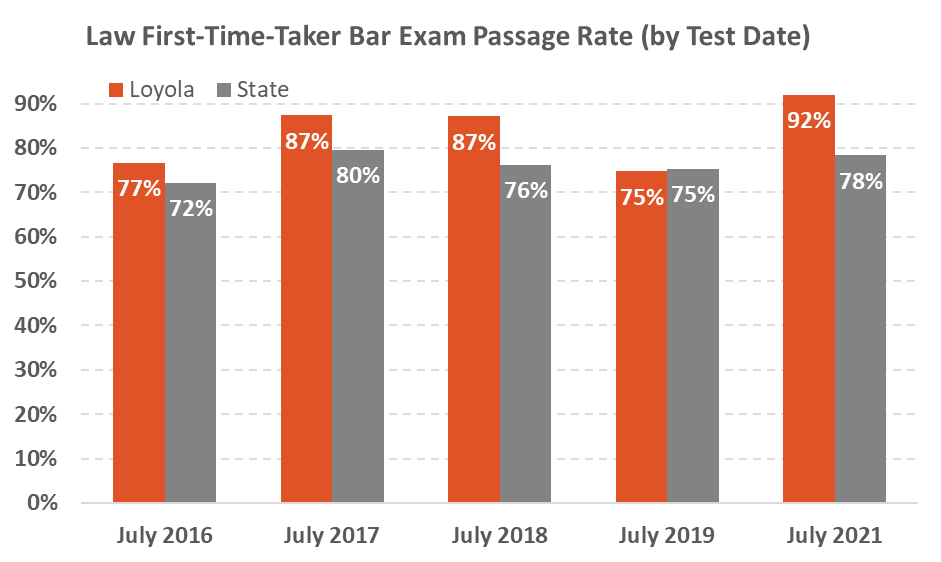 To identify target levels of performance on these student achievement measures, Loyola routinely benchmarks its performance against other universities, including the following groups:

Loyola uses this benchmarking process in routine annual reviews and assessment of student learning activities as well as in larger strategic conversations including our ongoing Project Magis initiative.

We have identified the following target performance levels for undergraduate achievement outcomes: